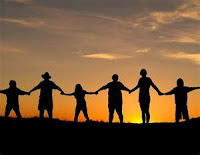 February is around the corner which will start the beginning of Black History Month, I reflect during this month because I am appreciative of many courageous people of colour in the past that paved the way for me to have many opportunities today, such as freedom to have an education, to work in an environment in which all employees are treated with equality and an organization such as my union that ensures the equality is being upheld. So it breaks my heart when violent crimes continue to happen that generally relates to the black community, and I want to emphasize my perspective is based only on my city, my community. Recently within the community I live in which to be honest used to be plagued with plenty of crime; drug dealers, increase in violence the law enforcement made a huge effort to apprehend the culprits and bring back peace to my community, a man last week was killed in cold- blooded act of violence the culprit was like a soulless human and the violent act shook the community and got together to mourn the loss of the victim but also mourning the loss of so many young black man that have lost their lives to violence. Now the flip side of this is as a Child Youth Worker I have worked with young black males that made poor choices and as a result crimes were committed against them such as gang involvement/drugs etc I think sometimes a person may want to change their lives on a positive path but others that want to continue that lifestyle and still want that person to join them will not let them move on, I think its like the 'gang mentality" feels the person is turning their back on them telling them they are now better than them. I hope when my girls grow up they would live in a world people value one another, people can resolve issues withought wanting to kill another human being.

Email ThisBlogThis!Share to TwitterShare to FacebookShare to Pinterest
Labels: UNITY

Email ThisBlogThis!Share to TwitterShare to FacebookShare to Pinterest
Labels: I am in a great zone writing and honing my craft.

My blogging is pitiful especially when I clearly posted I will blog Monday's and Friday's the reason is this, I have not found a comfortable balance in which I can write, work, mom duties, remembering as well I am a spouse and lastly reading which is a must for aspiring writers such as myself. Although this year I promised I would not call myself an aspiring writer...here it comes the big word that has scared me for so long because its taking me awhile to accept I indeed is a writer. I have earned that title because the circles under my eyes have given me that honor lol. Now I will aspire to be an published author man that is so easy rolling off the tongue in reality its slow as molasses but worth it so my perseverance will never be compromised this is what I want and I won't stop honing my craft until it happens. So to my 32 followers and future followers in blogger space I have not forgotten you and thank each and every one of you that chose to follow me even when I don't blog everyday.

I am terrified of showing my work, whoa I know that is something I must overcome, no writer can write and dream of publication without taking that brave step into showing their work. That is a major step throughout the journey and after 9agent/publishing house editor) So 2012 I have decided to take a leap and showcase my writing, as of late I have entered an anthology contest hosted by the Canadian Authors Association, and recently I entered contest here


I always assume its a long shot I will win, but last year I won a few books and a critique which I guess is not the same as getting a critique from an agent but another goal for 2012 is for me to appreciate all the scary strides I take and each mss I complete even in its rough bare butt glory its still a finished manuscript that I can at least tweak. So far I have written five mss, my madness led me to conjure up a plan if I have a few mss in different genres (POLISHED) perhaps that will enable me to boost my chances of getting signed by a wonderful agent, I am writing a YA SCI-FI next in which the aliens will kick butt for a bit and then all will be well...maybe. But, every hour, sec I get new ideas and another of my madness I have outlines for several ideas these occurred summer 2011 while at park with my girls so I will slow down check those ideas after I write sci-fi and see which will stick. in addition, I write adult novels so I may write one this summer as an aspiring writer I want to balance YA/Adult mss, okay that's all for now its 1:15a.m and no coffee but wide awake so I will get a book and read until my eyes feel like cement.

Today I have been on goodreads a bit, because fab blogger extraordinaire Roni Loren CRASH INTO YOU was released and I bought it and then wanted to add it to my what I'm reading stash, but as I pansied my way I located discussions of reviews.
I won't say the name to protect the anonymity of the author but basically this writer's book won't be out for a few days and people were just giving really bad reviews left right and center so to speak.

I totally understand it's the nature of the biz when a writer gets published and then officially becomes an author. I don't want to sound like a hypocrite as well because I have slammed one author's book on a few comments and I regret that, and have used the excuse I was learning and wasn't too smart about the etiquette of online behavior, I think like any critique it has to be constructive rather than intentions to hurt the person, and again another truth when I had said those things about the author it was my insecurities of not getting my 'big break' but every one's big break comes different and their success is something that should not be judged.

if their book gets optioned for a movie that is something that is cool but not something they did on their own many people was part of that; agents, book to film scouters, I am not sure if that's what they are actually called but that's what I'll call them anyways, the point is as a community of talented peeps we must express our reviews based on an objective position and not the position to tear someone down, just so that icky feeling inside is resolved, the truth is when I did inappropriate behaviors like troll a fan-site of a particular author I felt horrible and wouldn't want that to happen to me.

Recently I got in  debate on social media with a writer, I didn't know this writer I saw his post in my timeline and got worked up prem...