Learning the craft of writing

I acquired an editor to help me polish my novel, as of late I am deep into revisions, rewriting and I am learning many things from my editor the first thing that I learned was understanding my characters,and plot by completing a GMC which is the acronym for Goal Motivation and conflicts. I realized that when I queried it was way too early because my characters were one dimensional and the plot had gigantic holes.

My editor does a lot such as copy editing, correcting my grammar, and the biggest suspect for me is the punctuation, but she does more than that for me, presently I have revised the first chapter and hoping that I am close to the hook, the middle of the novel is okay and I am pleased that the way I ended the novel will offer my potential reader a cliff hanger but its still satisying.

Another major suspect for me is showing vs telling I am so happy when my editor points this out but I have to buckle down and catch this for myself my editor suggested me be watchful of typical words I use such as begin and started.

Other words not to use are: heard, saw, noticed, smelled, thought, etc. For example, instead of saying Elizabeth saw Stephen kissing Kayla and she wanted to scream I would revise this, Stephen kissed Kayla, Elizabeth eyes filled with tears, she wished Stephen was the one kissing her, Kayla is not right for him, but Elizabeth is holding back her feelings for Stephen so she has no choice but to accept Kayla and Stephen are together.

Dialogue: Writing for the YA market my dialogue has to sound authentic in addition, it has to make sense not just two or more people talking for the sake of talking it has to be one to improve the momentum of the plot and dialogue should not put the reader to sleep.

Scenes: My editor has helped me by highlighting in a lovely blue colour the scenes that have to be rewritten or most of the time deleted because it does nothing for the plot but taking up space which is not the goal of scenes.

I think my characters are three dimensional but they improved again after I completed my GMC, I don't focus too much on physical descriptions just the basic and if I do again there has to be a reason that will further the plot or give the reader insights.

I loathe reading books in which the characters are flawless every character should have something about them that they have to work through. I have made a long term goal to continue to learn about the craft of writing by writing a lot reading an eclectic array of books in various genres.

Writers need to understand the goal of their writing and if the goal is towards getting a manuscript published then you have to seek out knowledge and starting at the basic.
at January 30, 2011 2 comments: Links to this post

Email ThisBlogThis!Share to TwitterShare to FacebookShare to Pinterest
Labels: Knowledge 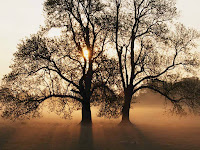 The journey towards publication/seeking representation is also gaining an critiue partner or Beta Reader, as of late I have lost two CP at first I blamed myself with numerous reasons the main one I struggled with is self pity thinking they just didn't like me. But it didn't take me long to come to my senses, that nothing I can do can sway a person's decision if they choose not to partner up with me for a CP or BR, and I realize that aspiring to be a writer rejection comes in many ways yeah it feels bad but I am hopeful that I will gain a CP/BR along with an awesome agent and one day a wonderful publisher.

The focus for me is to work hard with my amazing editor and polish my manuscript and work also on my three WIP that I am excited about.

Life always changes and part of maturing as a person in various capacities or circumstances is positive thinking and trusting in myself that nothing will last forever and hard work towards my goal of publication will happen eventually.
at January 06, 2011 No comments: Links to this post

Recently I got in  debate on social media with a writer, I didn't know this writer I saw his post in my timeline and got worked up prem...